“Gallup International” director Parvan Simeonov was a leading figure in a series of forums on important political and economic issues in the course of the latest days.

Mr. Simeonov moderated the authoritative international conference dedicated to the 79th anniversary of NATO and the 15th anniversary of Bulgaria’s accession to the Alliance. The political scientist also facilitated the economic debate between “Millennium Club Bulgaria” and the rightist platform “Conservative”, and soon afterwards was involved in the first brief review of the international data from the recently conducted regional survey of youth. 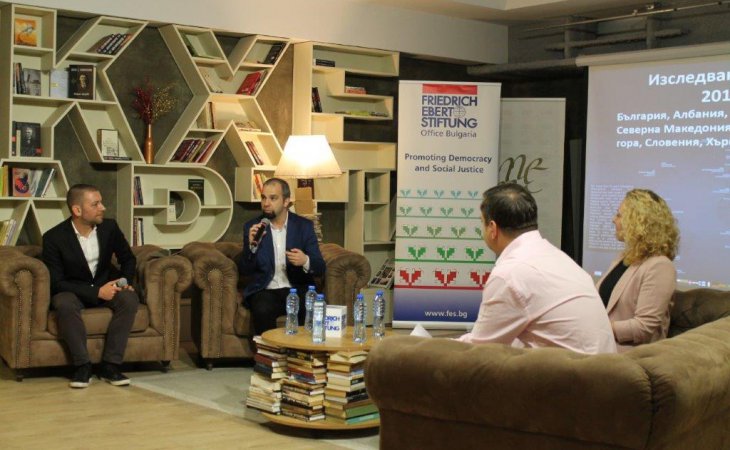 The event gathered together politicians, experts, diplomats and representatives of the Bulgarian Armed Forces.

Ms. Elena Poptodorova, vice-president of the Association of the Atlantic Treaty, Prof. Todor Tagarev of the Bulgarian Academy of Sciences and H.E. Tamara Liluashvili, Ambassador of Georgia to Bulgaria presented their viewpoints. Mr. Ivo Petrov, youth ambassador of NATO, took the floor as well.

The economic debate between young liberals and conservatives was organized on its turn by “Strong Europe” Foundation. The political panel was moderated by Ms. Julieta Peneva, director of the Foundation.

A day later, “Gallup International” was official co-organizer of the forum “The Bulgarian Youth 2019 – Opportunities and Challenges”. The event was made together with the National Youth Forum and “Friedrich Ebert” Foundation. There, for the first time, data were presented for a total of 10 states in Southeast Europe to an audience of youngsters, experts in the area of youth policy and representatives of the non-governmental sector.