The Parliament continues to be the institution with the lowest levels of trust among political institutions in our country. At the end of the year 23% express confidence in the Parliament, and 67% – non-confidence. The rest find it difficult to tell. Naturally for Bulgaria, the government has a bit higher levels of confidence than the parliament, but again the negative answers (62%) overweigh the positive ones (29%). In 2019 the President as an institution traditionally keeps the highest popularity among the public and at the end of the year, the confidence in this institution is 56%, against 30% non-confidence.

The data are based on Gallup International monthly research programme “Political and economical index” – independent survey with various indicators with almost three decades of history. 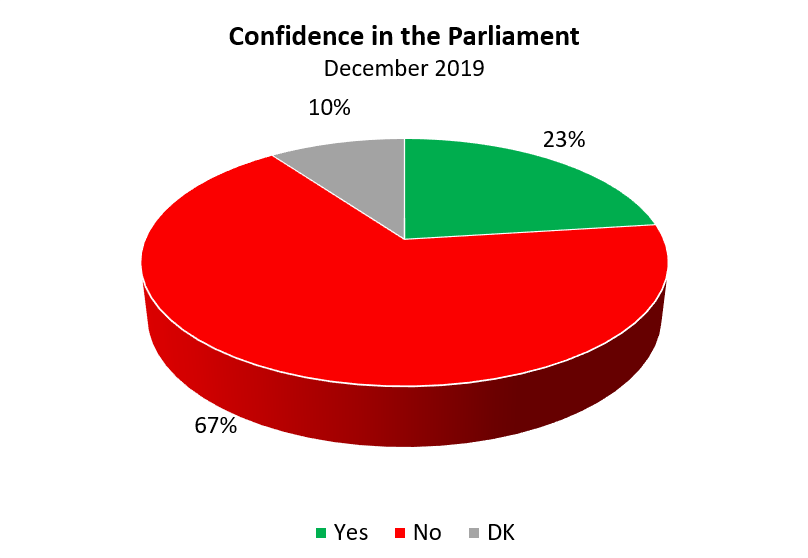 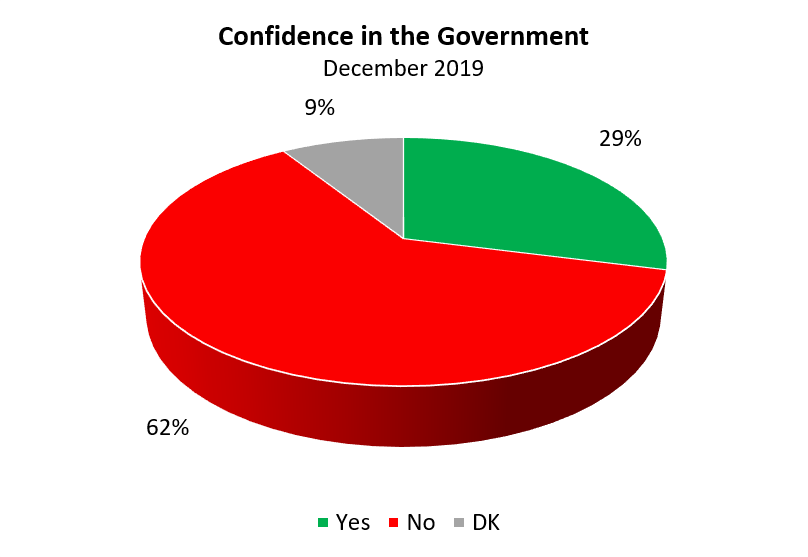 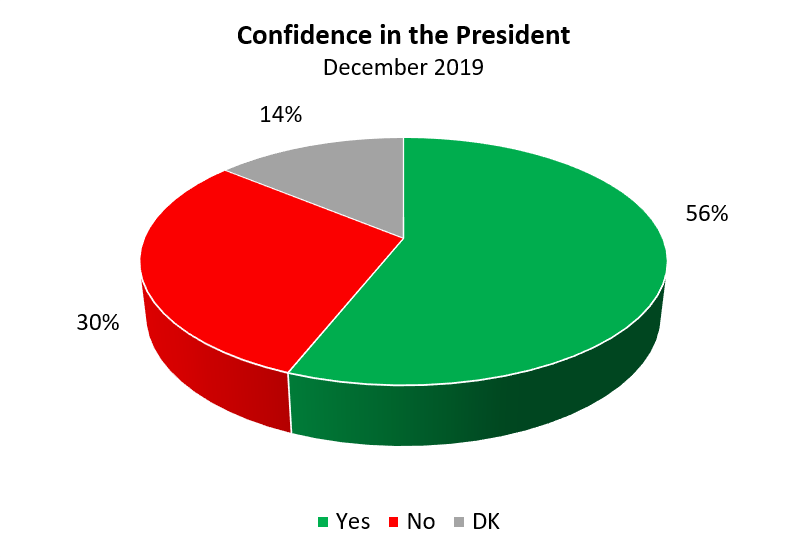 Over 2019 the levels of confidence and non-confidence in the parliament were moving around the mentioned values. Overall, against the background of previous decades, in recent years trust in the parliament seems to be a little higher. Of course, the negative evaluations still prevail, but a slightly more positive attitudes than usual are now noticeable. This trend started back in the spring of 2017 with the change of governance. The glance from today’s perspective shows that this is a rather lasting favourable period in the three decades after the democratic change – as far as the attitudes towards the Bulgarian parliament could be described as favourable.

In 2019 levels of confidence in the government remain under 30% and of non-confidence – over 60%. During the “Apartmentgate” affair the share of the positive evaluations declined closer to 20% and the negative ones reached closer to 70%.

In 2018 the government enjoyed slightly better levels of popularity than in 2019. The end of 2018, however, brought some risk for the popularity – probably due to the emerging political tension over the rising prises last winter. Perhaps because of the victory of the ruling party GERB in the EU elections in May, the downward trend regarding the confidence did not continue. The second victory in the local elections in October further affirmed the stability of the government image.

The following lines offer the possibility for a summarized look over nearly three decades of monthly opinion polling on Bulgaria’s main political institutions. Such data can only be found at Gallup International. As mentioned above, they are based on the independent, monthly, nationally representative research programme, popularly known as the Gallup International Political and Economic Index. More detailed summary of public opinion and attitudes towards the main national (and not only) institutions over the past three decades will be available in the new Gallup International Yearbook, due in early 2020.

Usually at the beginning of a mandate (regardless of the type of political power – parliament, president, government) there is a certain increase in public confidence. It differs according to the presence of new politicians, new political parties, whether the cabinet is a coalition one, related to compromising formulas or difficulties in establishing, etc. Then a (graduate or not) “erosion” of the confidence follows. One of the few exceptions is the increase of the positive assessment of Georgi Parvanov during his first mandate (2001 to 2006).

The decline in confidence shows different “speed” depending on the enthusiasm gathered at the beginning or (and) having the support if “hard” electorates.

Throughout the 1990s and beyond both Parliament and Government have had low levels of confidence. Yet, in the second decade of XXI century, it seems that the data on cabinet approval looks a little better, and more stable, than in the first. Of course, comparison between different mandates should be careful – since there often are incomparable agendas and different historical as well as governmental tasks in each political period.

Highest peaks of government’s unpopularity remained back in the 1990s (with confidence levels below 10% and non-confidence over 80%) with Videnov’s government crisis and the following “pendulum effect” (which resulted in momentary values of nearly 70% confidence in the government).

Yet again, in the following years there were also periods in which the mistrust takes a serious toll. For example, during the so-called Triple coalition term in office, but not only. Such peaks only furtherly approve the fact that even in economically successful and peaceful mandates, the attitude towards the main institutions in Bulgaria remains negative.

The structure of public opinion regarding the parliament is similar. Perhaps, in the years immediately before 2019 and during the 2019, the values of approval (as noted above) have slightly improved (when compared with the previous decade).

Prevailing confidence over non-confidence when it comes to the Parliament happened only twice over the past three decades – after the crisis 1996-97 and with the coming of power of Simeon II National Movement (NDSV in Bulgarian), headed by Simeon Saxe-Coburg-Gotha, the hereditary Bulgarian tsar.

When it comes to the President, however, the mass attitudes seem to be different and more favourable. By tradition the president as an institution is one of the most approved political figures in Bulgaria. A persistent weak point though was President Rosen Plevneliev’s mandate. Peter Stoyanov’s mandate, which is connected to the end of afore-mentioned acute crisis in 1997, on the other hand, seems to have the greatest initial hope.