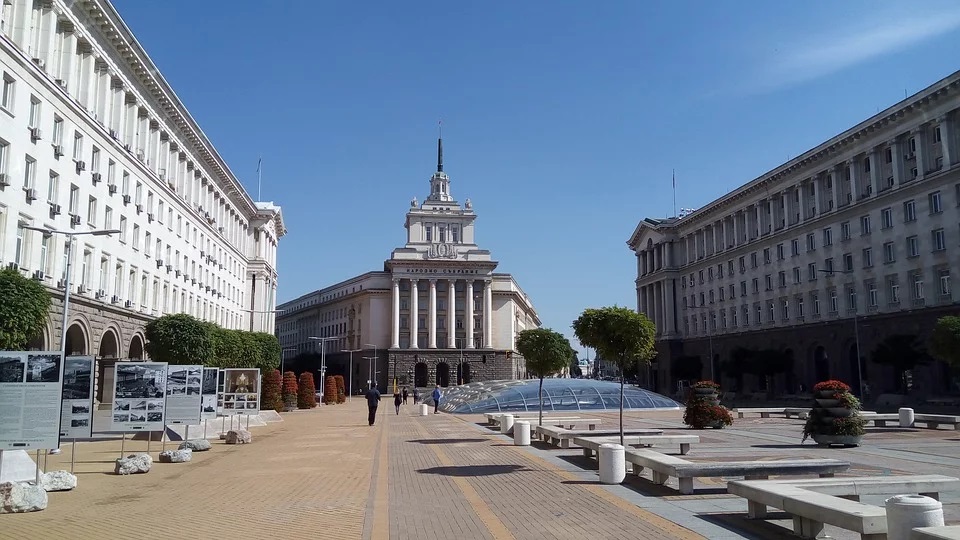 The protests, the resignation and the early elections are supported although a clear alternative and new leaders are not yet observed. All main formations and political actors, excluding the “Movement for Rights and Freedoms”, are losing from the current situation, unlike their younger competition – “the small ones get bigger”. Seven formations have chances of being in the next National Assembly with five of them being certain at this moment.

These are some of the conclusions from the national representative survey carried out between 30 July and 7 August among 811 adult Bulgarians. It is part of the monthly research programme “Political and economic index” – an independent face-to-face survey, which is being carried out for 30 years already. It was conducted before Boyko Borisov’s call for constitutional debate, therefore it does not reflect its potential effect.

Sixty-two percent of the respondents say they support the anti-government protests, 23.7% say they do not, and the rest are doubting. 58.9% demand resignation while 26.5% hold the opposite opinion. . The data shows a decade-old standard distribution of the public opinion regarding all power-related questions, occurring in the end of every mandate, but at the same time the results show significant public irritation. Evidence for the latter is seen in the 50% of the respondents who believe that the early elections are necessary, compared to 34.1% thinking the opposite, the rest being in doubt. A few weeks ago, the idea of early elections was not met with high enthusiasm. Apparently, the public is smoothly getting used to the idea of early elections. 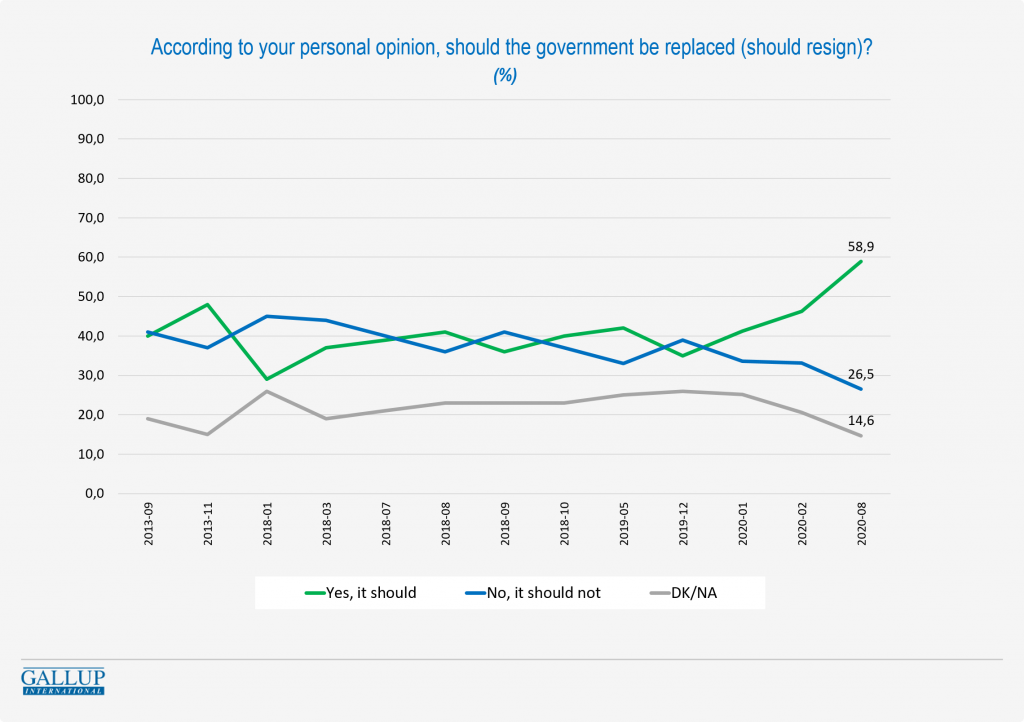 Despite all, there is still a lacking perception of an alternative: 38.1% say there is a party or coalition that can govern the state better, but almost the same percentage – 35.7%, cannot find one. The rest of the respondents are doubting.

Both GERB and BSP are losing their positions and have almost equal electoral potential among the people of legal voting age. In an open question, GERB gains 14.5%, which equals around 800 thousand potential votes (out of around 5.5 million permanent residents of voting age). BSP gains 13.9% which equals a little less than 800 thousand votes. On the last parliamentary elections, GERB gained around 1 150 thousand votes and BSP – around 950 thousand. GERB is also leading among the respondents who have certainly decided to vote.

Slavi Trifonov’s party is the main beneficiary from the ongoing processes – he meets growing support, which now equals 7.9%. The “Movement for Rights and Freedoms” remains in its traditional range around 7% which is a little less than 400 thousand votes.

“Democratic Bulgaria” scores 5.7% which is two to three times higher result than its traditional levels. Among “Democratic Bulgaria”, “Yes, Bulgaria” meets the most distinctly increasing support. Maya Manolova’s new formation has developed, and it now gains 2.4% or around 130 thousand votes. “United Patriots” also scores 2.3% (VMRO is the most visible). This is around the potential threshold for entering the National Assembly. On the previous parliamentary elections, it was above 130 thousand votes. Thus, the formula to joining the next National Assembly at this moment is 5+2. “Volya” is close to the main formation with 1.6%. This detail is significant considering the extremely dynamic situation.

Among the other formations, noticeable are “Alternative for Bulgarian Revival” (0.6%), “Glas naroden” (Voice of the people) (0.4%), etc. “Ataka”, “Vazrazhdane” (“National revival”), the projects of Tsvetan Tsvetanov and Vasil Bozhkov are currently gaining 0.2% support. Around 4% simply claim that they would support an independent candidate (of course, this is more of a declarative position). One percent say they would not vote for any of the known parties.

The share of people who say they would vote but by “I do not support anyone” is impressive – 6.6% which is another evidence of the delegitimization of the political elite. Of course, it is more probable that in a realistic situation a big part of these people will not vote at all. 27.4% directly state that they would not vote.

Forty to over 50% cannot recognize the representatives of the “Otrovnoto trio” (“The Poisonous Trio”). The representative of the other wing of the protest, Hristo Ivanov, has significantly improved his trust and while he used to gain no more than 6% positive evaluations, now they are around 9%. However, the results are not showing any new political “stars” arising from the protests.

The personal confidence in Borisov has dropped to 20% – being at its lowest level compared to the last several years. The distrust is 68%. Only two months ago, the confidence was around 25% and the distrust – around 60%.

In this way, Borisov is now at the same level of confidence as Iliyana Yotova or Tomislav Donchev. Right below Borisov is Korneliya Ninova with 17% confidence.

Basically, the whole government scores a decrease of trust – after being around 30%, now it is only 19%. The distrust has risen above 70% – for the first time in years. The trend regarding the parliament is similar – the trust there is around 15%, while the usual result in the last months was around 20%. The distrust is 77%.

The personal confidence in Rumen Radev remains high – 47%, compared to 35% distrust. The confidence in the presidential institution looks a little bit more threatened as a result of the current situation – it used to be around 55% and the distrust – just above 30%. However, now the scores are equalizing – 47% trust and 39% distrust. Despite this, the institution remains with a positive rating. It looks like in the clash between Borisov and Radev the popularity of both sides is potentially threatened, with the prime minister being in a less favorable position.

The data is part of the monthly independent research programme. It was carried out face-to-face in the period between 30 july and 7 August 2020 among 811 respondents. The sample is representative for the Bulgarian population 18+. Absolute maximum error ±3.3 at 50% shares. 1% of the sample equals ~ 55 thousand people.