Gallup International > Publications > Healthcare > The new measures are rather approved

The predisposition to vaccination does not prevail, but it is by no means negligible 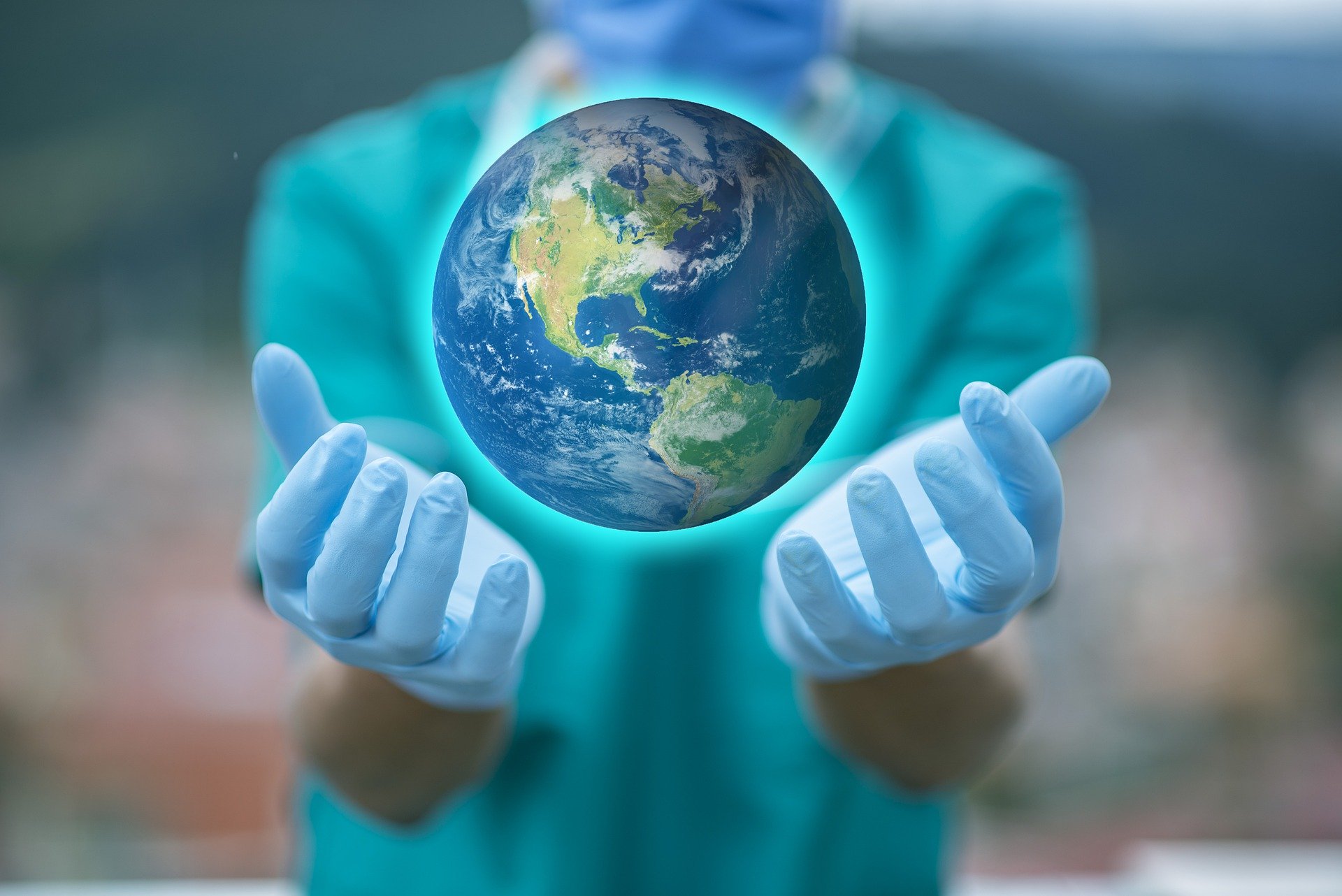 The new measures against the coronavirus are rather approved and would maybe help reducing the fear. However, the society is still rather confused. The alternative point of view to the situation is also significant. Uncertainty about the perspective also leads to serious shares of evidence of mental health issues and trauma. Also uncertain are the public attitudes against the perspective for vaccination.  Yet if the ususal low levels of vaccsination in Bulgaria are taken in to account – just a few percentage points – now the measured over two fifths of expressed readiness are actually a serious share.

These are some of the conclusionons from a express phone survey among 800 adult Bulgarians, carried out between 27th  and 29th of November. Such surveys outline some important hypothesis in the current dynamic situation.

The newly introduced measures against the coronavirus in Bulgaria are rather supported. The majority in their favor is not large, but it is still there. 56% support them, 42% do not, and there are some who are hesitant. Probably, the considerable fears due to the alarming official statistics also play a role.

Obviously, the measures could bring some calm. The public opinion shows that they obviously come in time, because in recent months the society seems to have come up with the idea of ​​new, stricter measures on its own. In the summer, for instance, a majority of over 60 percent was against the hardening of the measures, despite the growth of the cases at the time. By the beginning of November, however, the opinions “for” and “against” the hardening of the measures were already divided equally. Without a significant majority in support of hardening, this still showed that the serious numbers of newly infected, as well as examples from abroad, bias the Bulgarians to “get used to the idea” that a new tightening is a matter of time.

65% of the respondents agree that the crisis with Covid has actually disturbed and confused their lives. 34% do not think so, and there are few who find it difficult to determine. 31% of the respondents say that they have relatives or acquaintances who have mental problems as a result of the coronacrisis. There shares are not insignificant and clearly show what damage can cause additional panic at such times.

The panic on its turn comes from the uncertainty for the end of the crisis. When asked directly about the expectations in this direction, the largest accumulation (32%) is in the opinion “more than one year”. The hope of 25%is that the crisis will disappear by spring, 16% choose “until summer”, 3% assume that it will end in the autumn, and 9% – at the end of 2021. The rest admit that they cannot determine. This is a serious sobering up from the beginning of the summer, when 60% of the respondents believed that there will be a normalisation till the end of the year. With the growth of the cases later in the summer, this share dropped down to a about a third in July. 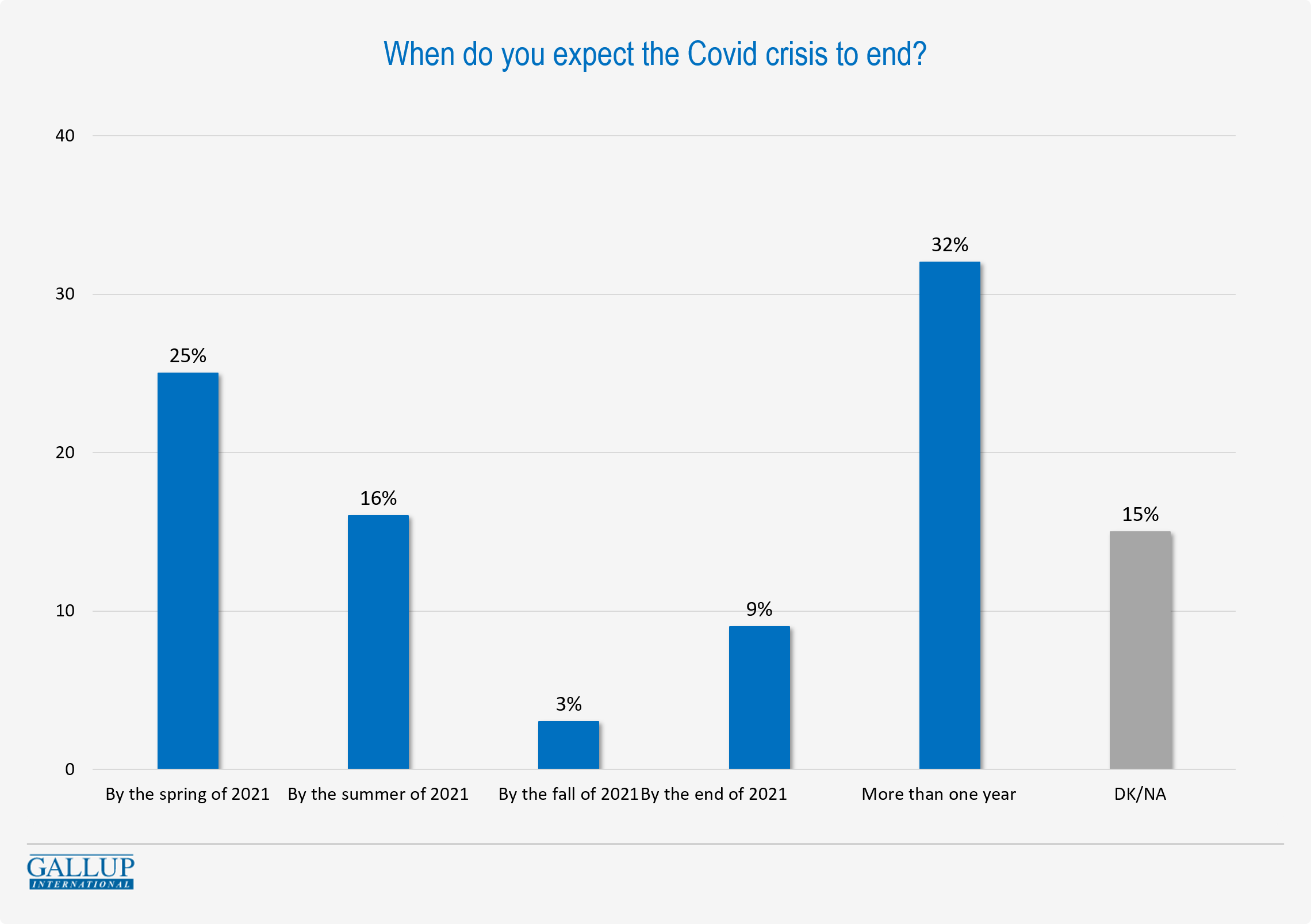 The optimism during the summer was due to seasonal factors and the dynamics of the spread of the virus, but also due to the serious publicity that alternative stories about the situation gained. And now two equal halves (with a certain share of hesitants) accept or reject the philosophy embodied by Assoc. Prof.  Mangarov.

This is probably due to the fact that, for example, the latest measures were announced entirely by the headquarters and not so much by politicians. Traditionally, the ratings for professionals are higher than the ratings for politicians in crisis. Against this background, the Minister of Health also enjoys the positive that he is a doctor and is accepted as a professional.

The uncertainty means that opinions are divided even on the issue of vaccines: to the question “Would you be vaccinated against Covid when there is an approved vaccine?”, 43% say “yes”, but 48% say “no”. The others hesitate. Here, however, one should not rush to conclusions. Against the background of the usually vaccinated in our country a few percent, the share of 43% readiness in principle is not small. The answers probably reflect social desirability, but still more than two out of every five is not a small frequency.