The survey conducted for the Bulgarian National Radio between 24th and 31st of March among 1013 adult Bulgarians shows the electoral attitudes structure in the country.

Based on the results the expected voter’s turnout could be in wide range between 2.6 and 2.9 million people. Declarative turnout based on actual residents in the country is 50%, but according to official lists it is expected to be significantly lower – in a range closer to 40%. Voters’ turnout predictions however are extremely difficult at the moment and serious deviations outside those ranges are not excluded. The expected share of “I do not support anyone” is minor.

Voting for parties, coalitions and candidates, if the elections were todays, shows the following picture in the last days of the campaign.

The expected support for “There is such people” is 12,9%, and for MRF – 12,7%. Currently it is practically impossible to tell which of the two parties will end up in third place – everything is up to the different types of mobilisation in the two parties.

“Democratic Bulgaria” is with 6.1%, the formation “Rise up! Mafia, out!” – with 5.2% and VMRO with 4.4% are close to each other, and are not far from the potential edge. The prospects of these formations depend entirely on the last days and even the last hours before the elections, as well as of the size of the barrier and the degree of “firmness” of the electorate.

These are the seven formations, which would enter the Parliament, if the elections were today.

The last days and hour however may bring some change.  For example, the Will-NFSB coalition has 3% and will hope for a lower barrier and a predictable vote. 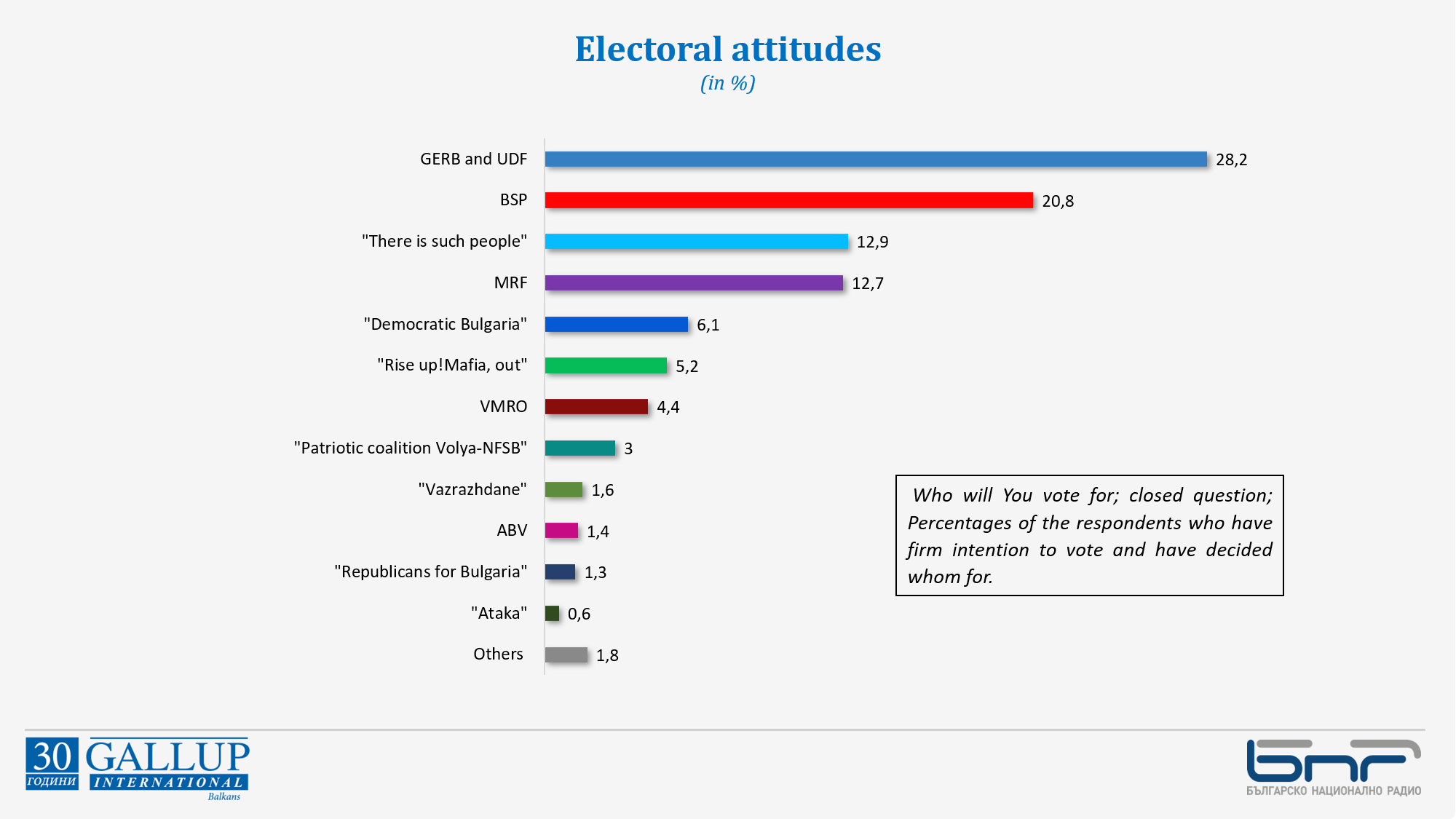 The data are from a “face to face” survey with tablets between 24th and 31st of March among 1013 adult Bulgarians, commisiond by BNR. The sample is representative for the adult population of the country. The maximum standart deviation is ± 3.1% for 50 per cent shares.