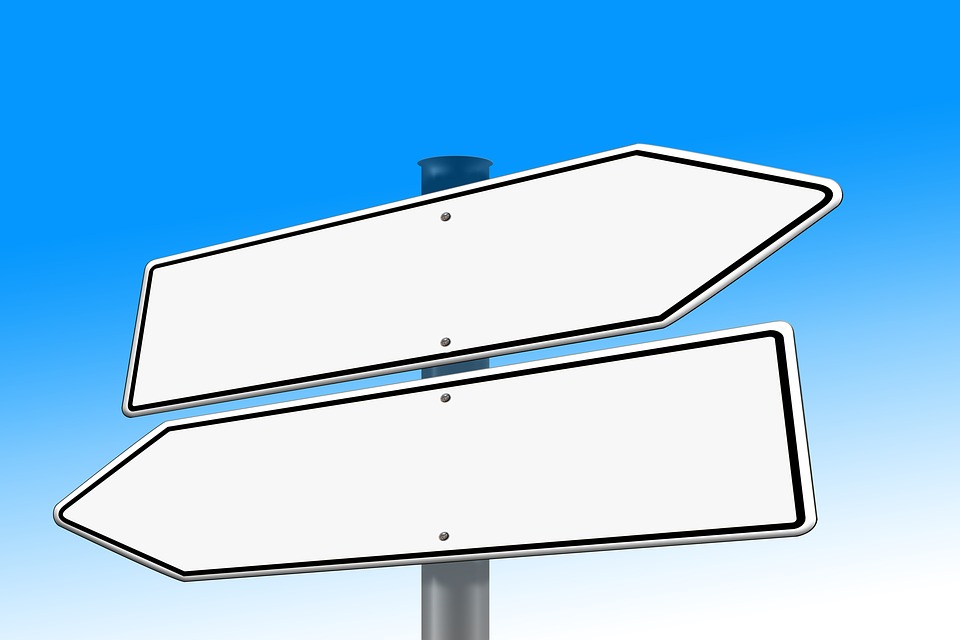 If the elections were to be at the end of the first ten days of November, GERB-UDF would receive 23.5 % out of the votes, while “We continue the change” and BSP have equal prospects for the second place, respectively with 15.5% and 15.2%. “There are such people” expects 11.4% electoral eagerness. MRF is expected to reach 11.3% and “Democratic Bulgaria” – 9.6%. 3.5% of those who intend to vote would indicate “Vazrazhdane” as their preference, 3.4% would indicate “Rise up.BG! We are coming” and VMRO – 2.1%. 4.5% would be spread among other options.

The data is from a nationally representative Gallup International Balkan survey for the Bulgarian National Radio, conducted between November 1st and 9th among 1,006 adult Bulgarians by means of face to face. 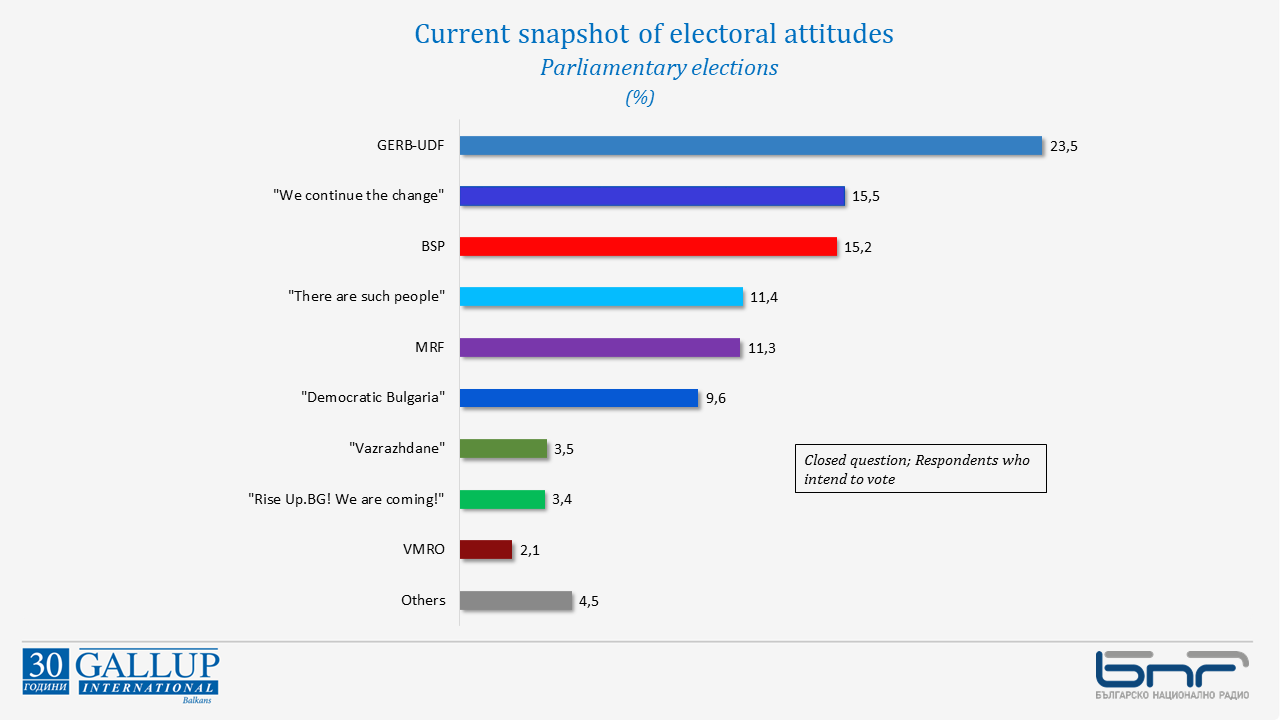 It turns out that the main battle will be for the second place, i.e. for the possible key second mandate for forming a government – between the tougher BSP and the party with the larger reserve – “We continue the change”. At the moment, the outcome of this fight is unpredictable. However, it seems that the first place remains for GERB-UDF. The fight for the next positions will be interesting, as well as for passing the electoral threshold. The distances are small and the voting structure is dependent on the activity and the degree of mobilization of the various electorates. Usually, fifteen to twenty percent of the vote is decided in the last few days and on the election day itself. Therefore, survey data such as snapshots in the last few days cannot be exact predictions regarding the voting turnout.

58.4% say they are certainly going to vote in the parliamentary elections. This responds to about 3.2 million people. Compared to the formal list, this means nearly 48%. However, in the context of Covid-19 and machine voting, some of the voters would abstain from voting, even though they currently declare their readiness to vote. Due to the two-in-one elections, on the other hand, there is a higher incentive to vote. Therefore, there is a possible wide variation in the activity both under and above the current indicative values.

If the presidential elections were to be at the end of the first ten days of November, 48.6% would vote for Rumen Radev, 25.3% for Anastas Gerdzhikov, 9.1% for Mustafa Karadayi, 5.2% for Lozan Panov, 3% for Kostadin Kostadinov and 1.5% for Milen Mihov. 1.1% would vote for Luna Yordanova, while 2.1% would indicate the option “I do not support anyone”. The remaining 4.1% would prefer other options. 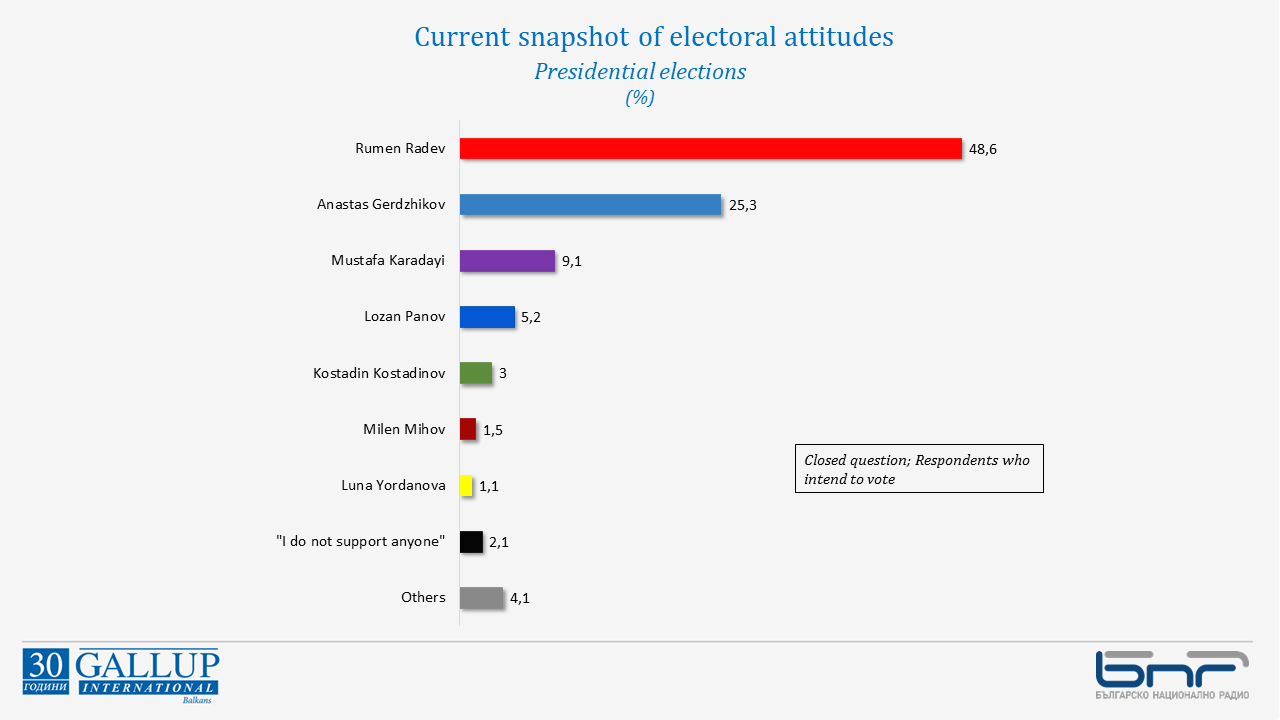 58.2% say they would certainly vote in the presidential elections, which equals about 3.2 million people, i.e. nearly 48% of the formal list. The barrier to avoid a second round is about 3.35 million people. As the distance is not great enough, the turnout is highly dependent on the degree of mobilization of the voters on the election day.

In the end, the data shows that Rumen Radev retains a chance to win in the first round in terms of possible voting activity and in terms of proportion out of all votes, even though compared to the data from a few weeks ago it seems progressively harder and the possibility of first round only remains less probable. A possible win in the first round is highly dependent on Rumen Radev’s abilities to push the vote in the final few days. If there is a second round, Rumen Radev and Anastas Gerdzhikov would compete for the presidential position.

The sample is representative of the adult Bulgarian population. The survey is conducted using tablets in the period between November 1st and 9th among 1,006 respondents through means of face to face method. The absolute maximum error is ±3,1% for 50% shares. 1% of the whole sample equals about 55 thousand people.