Gallup International > Publications > International Politics > Voice of the People: Public Opinion of European Citizens on the War in Ukraine

The biggest concerns of EU citizens at the moment are rising prices, fear of a widening war and possible shortages in energy supply. Issues  that were on the list of top priorities a month ago, such as Covid pandemic and climate change, have faded into the background.

More than half of EU citizens fear that the equipment and operational capability of their country’s army is unsatisfactory. 52% say their  country’s defense spending should be increased. The majority of 60% is in favor of a common EU army. The desire to build a common  European army is highest in Portugal and Poland, Belgium, Lithuania, Spain and Romania.

Attitude towards the EU

61% see big cohesion among EU member states, and for 63% the EU is a stabilizing world power. The vast majority (78%) believes that the  EU should play a more active role in world politics in the future. Compared to the other member states, the mood towards the EU is most  negative in Greece and Bulgaria. The EU accession country Serbia is also critical of the EU. 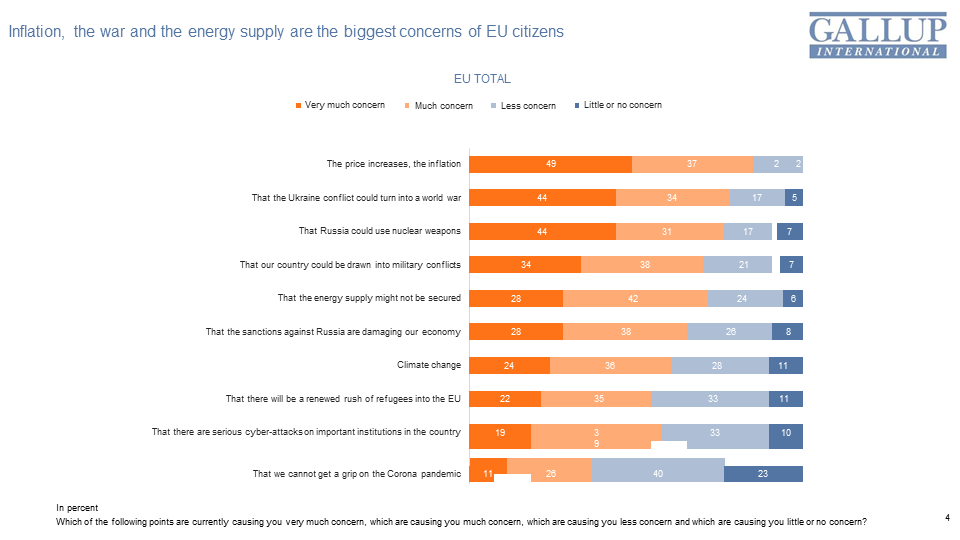 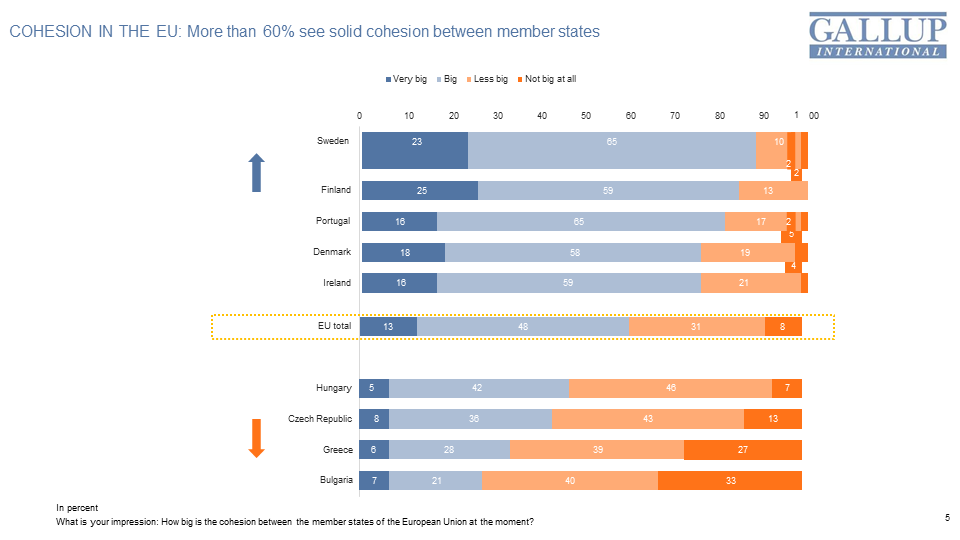 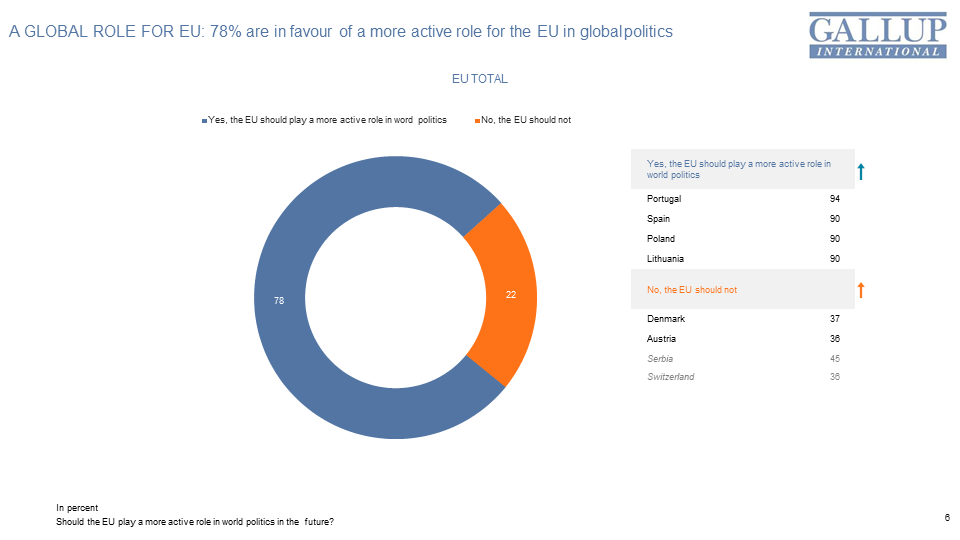 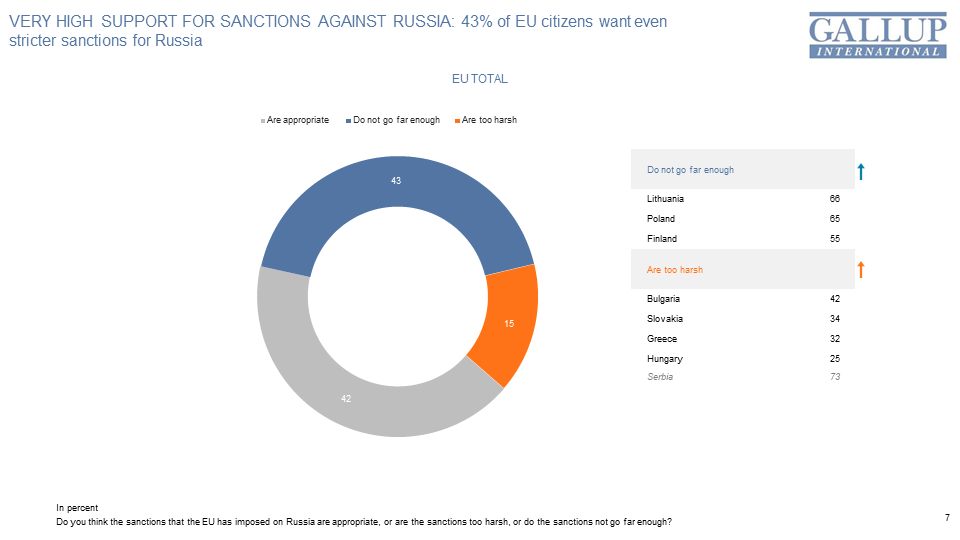 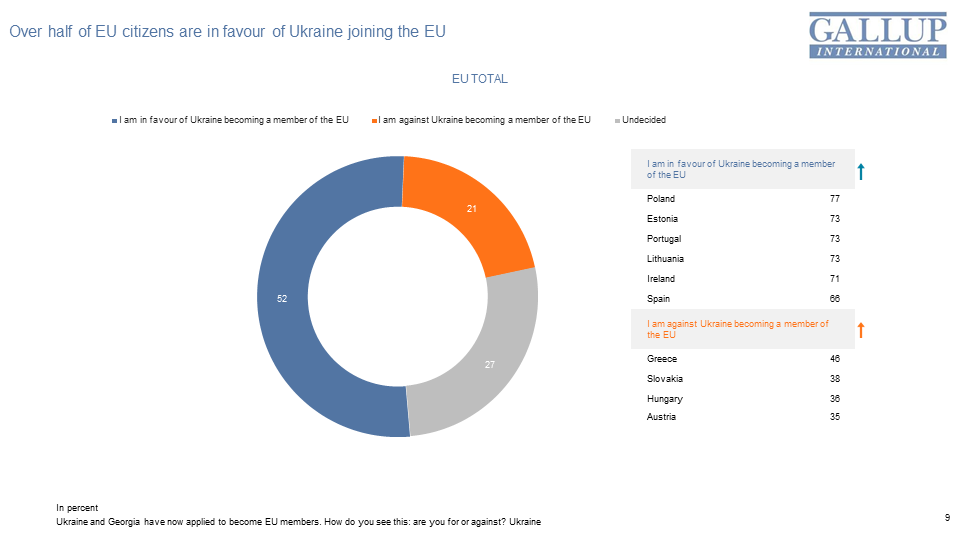 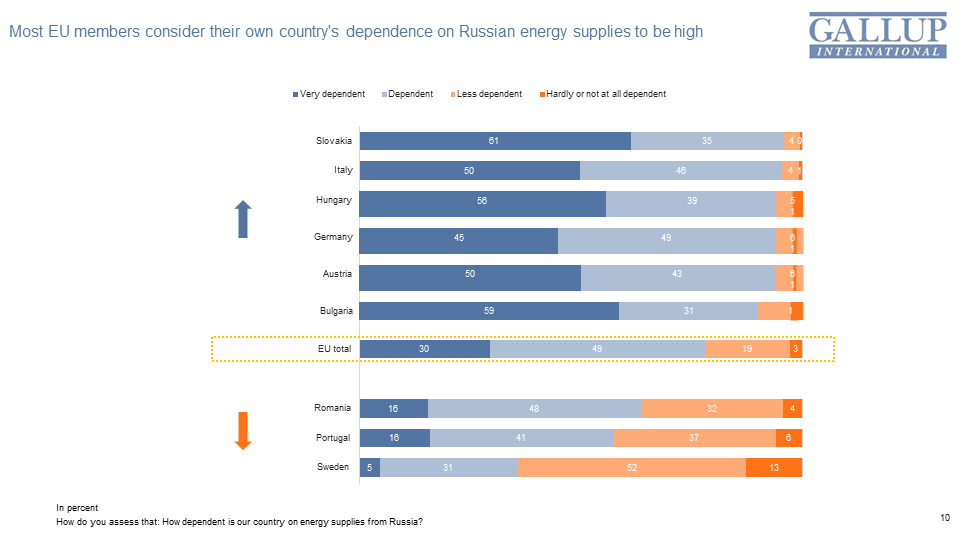 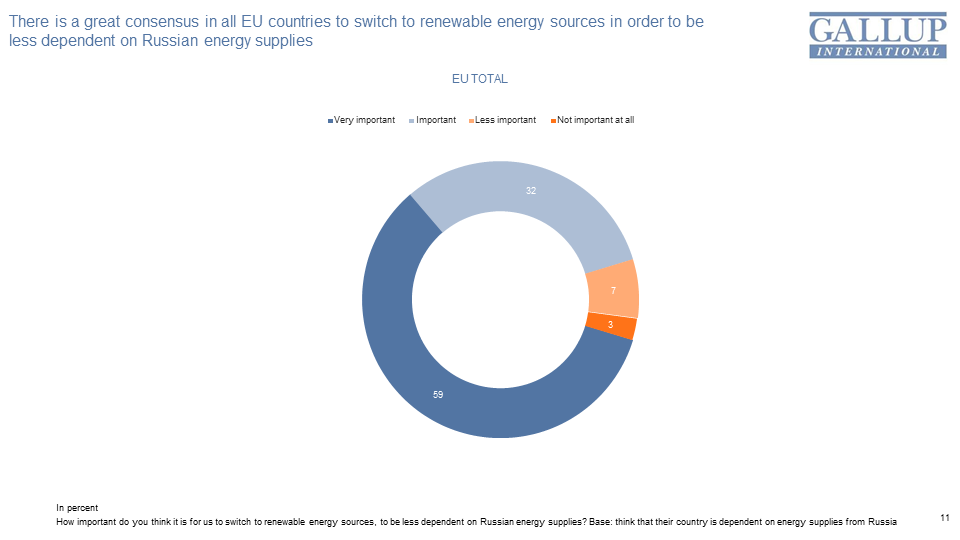 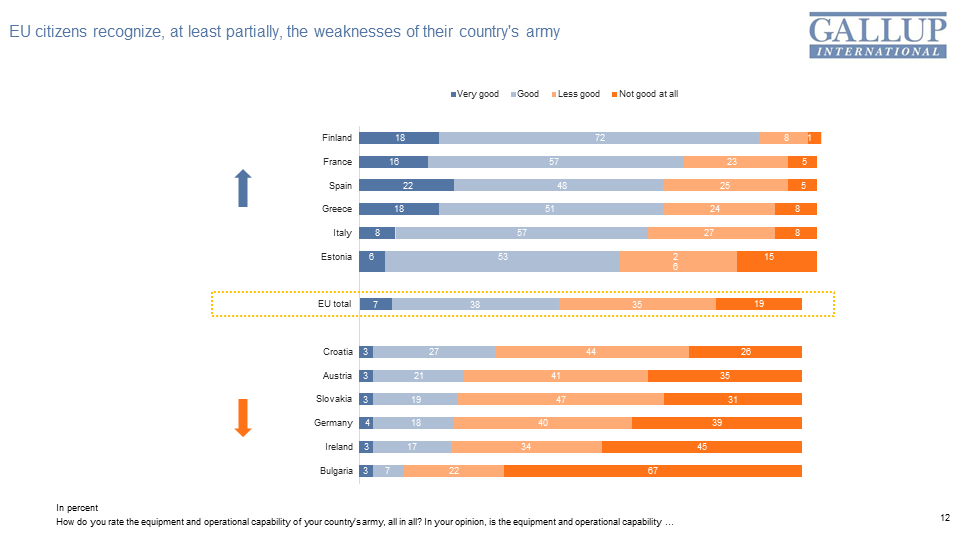 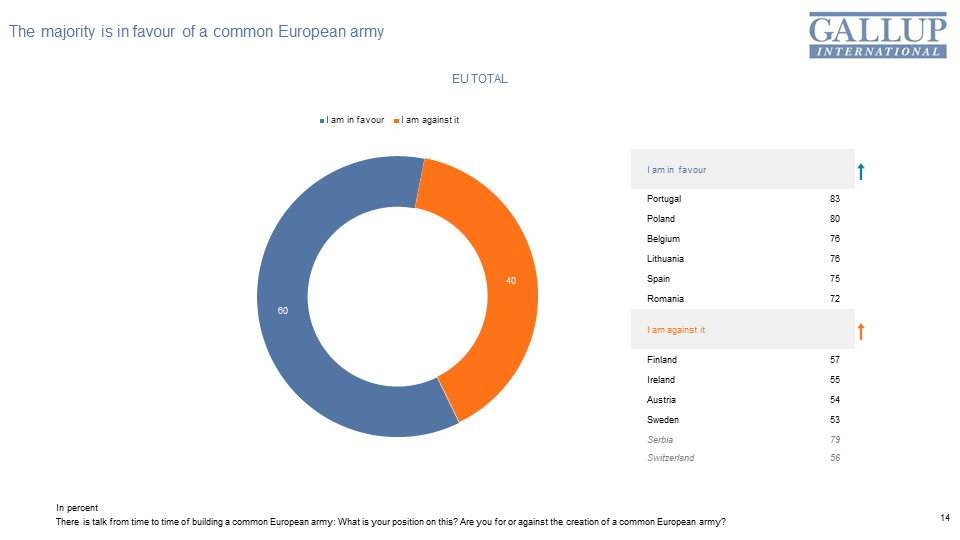 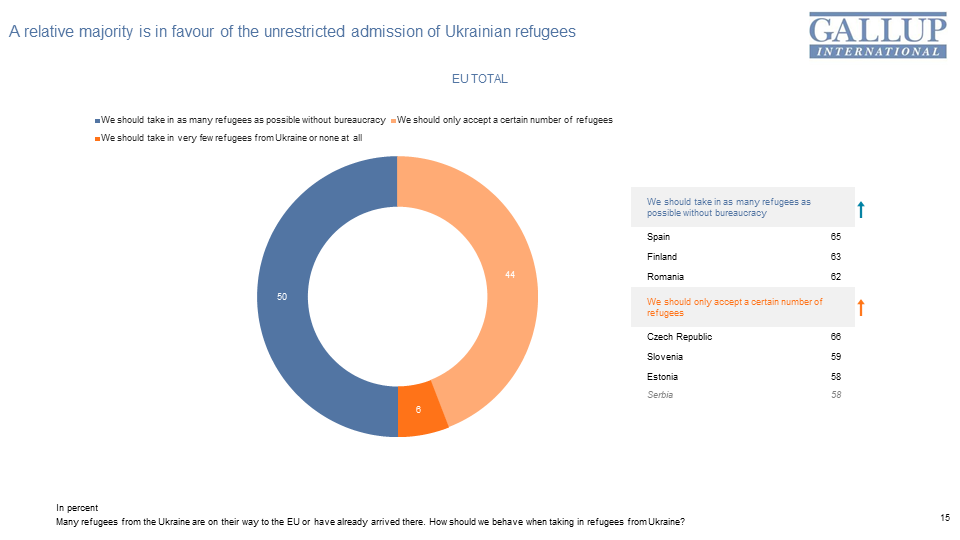 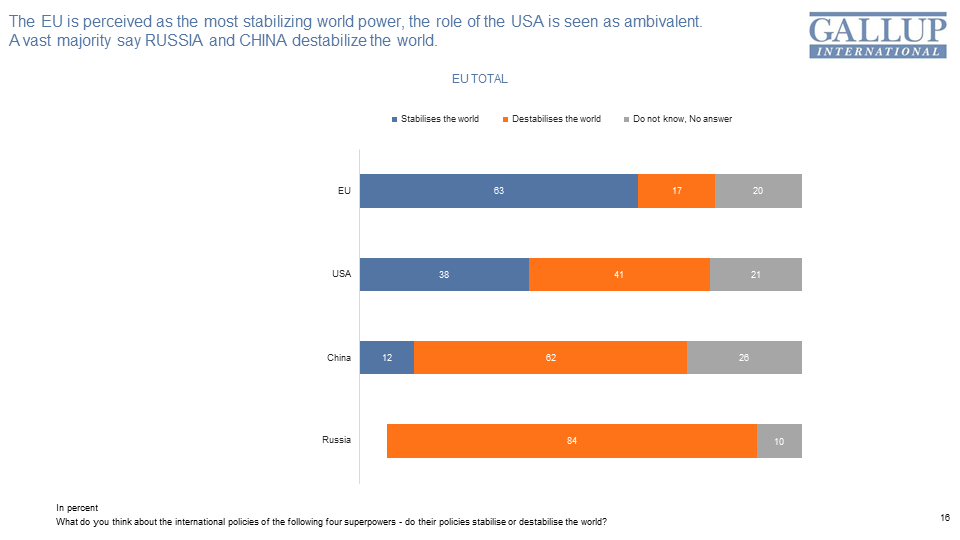 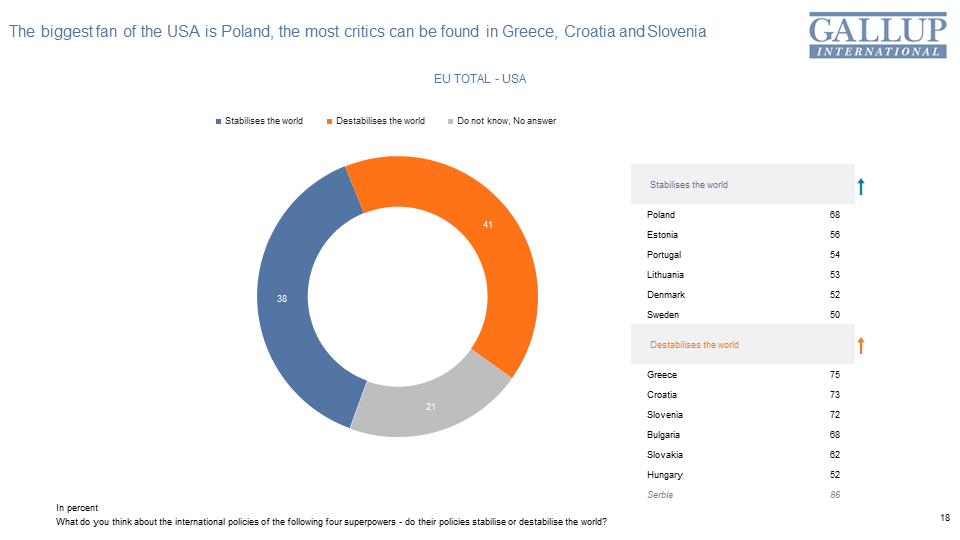 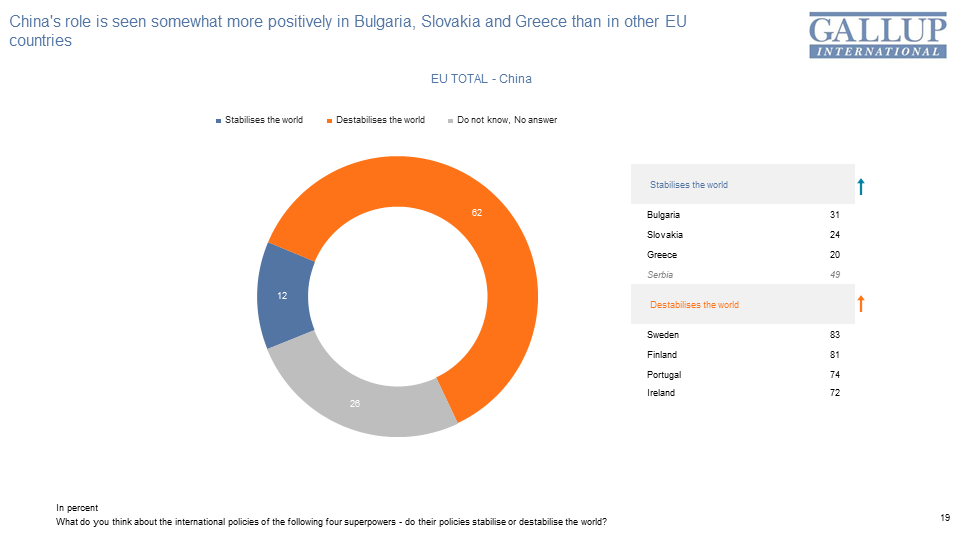 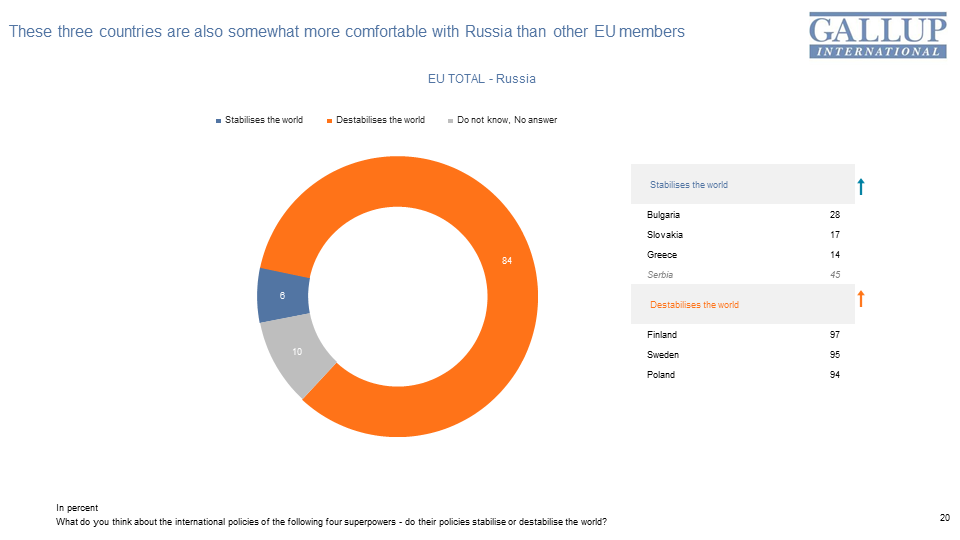