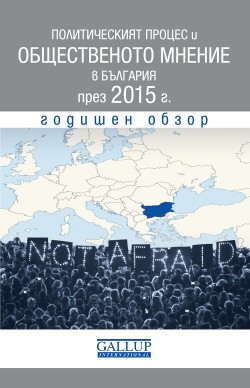 The book celebrates 25 years since the founding of our Agency.

In 270 pages and hundreds of colored figures, the traditional “Gallup International” yearbook is simultaneously a chronicle, guidebook and a school manual.

The book reflects mass opinion on the main topics affecting society in 2015: geopolitical confrontation, refugee crisis, Ukraine and the Middle East, Greece and Macedonia, problems with Roma, building rehabilitation, economy and banks, issues related to elections and the national referendum, and many others. This time as usual, the book is abounding with presentations of confidence in institutions, political parties, personalities, international organisations and key world factors. The yearbook also offers detailed demographic crosses from the local elections, in the municipalities where the agency conducted an exit poll and parallel vote counting.

The 2015 yearbook marks the 25th anniversary of “Gallup International”. The book is mostly based upon monthly, independent from external funding, representative for the adult population of the country public opinion surveys dating back to the early 1990s.

For the first time, many world and European comparative studies of WIN/Gallup International, the leading global association of research agencies, are included in particular detail.

As usual, the book features a guidebook with main events. A large part of the data is presented in a detailed retrospective manner, out of the hundreds of consecutive monthly surveys. Basic information and conclusions are translated into English. In the appendix one can find described still more curious “Gallup International” research projects covered in mass media throughout the year. Among these projects is the global WIN/ “Gallup International” book edited by the Bulgarian team.

The book bridges over to the 2013 and 2014 yearbooks (also available on the market) as well as to the annual reviews from the early 1990s. 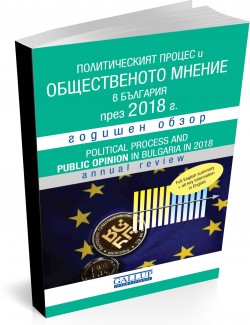 Political Process and Public Opinion in Bulgaria in 2018

The “Gallup International” luxury yearbook synthesizes public opinion in Bulgaria and around the globe. 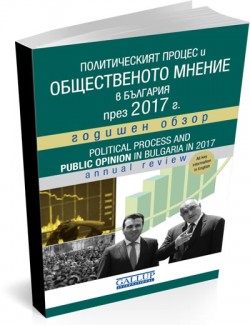 Political Process and Public Opinion in Bulgaria in 2017

In 230 pages the book draws an auto portrait of our society in one of the most interesting years regarding global events. 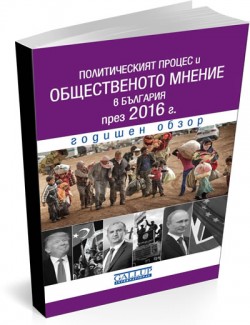 Political Process and Public Opinion in Bulgaria in 2016

An yearly review in graphs and text, following the more important surveys of the Agency throughout 2016. 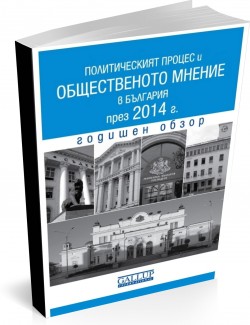 Political Process and Public Opinion in Bulgaria in 2014

This yearbook hosts a special chapter dedicated to “A quarter century after the year 1989”. 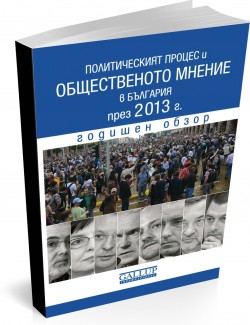 Political Process and Public Opinion in Bulgaria in 2013

In 240 pages the book makes the first of its kind sociological summary of an incredibly dynamic 2013 in Bulgaria.